Turmeric is the orange-yellow golden root family of the ginger. It’s known for its anti-inflammation healing power. A teaspoon of turmeric a day keeps inflammation, toxins, pain, and cancers at bay.

In Indonesia, the golden turmeric is incorporated in plenty of ways. There’s the famous nasi kuning (yellow fragrant coconut turmeric rice) and jamu, which is a medicinal herbal drink. I love to make my own jamu with its main ingredient turmeric combined with lemon, ginger (optional), and honey.

Today’s recipe is about turmeric latte, praised for it’s healing power and a popular drink in both India and lately in the US too in places such as San Fransisco and L.A. It’s called to be the health drink of 2016, so don’t miss out on this trend.

A delicious bedtime drink, based on the traditional use of Ayurvedic medicine in India. The addition of black pepper significantly supports the absorption of its active ingredient, curcumin. In some traditional medicines, turmeric is used for coughs and colds too. It is just as delicious as it is nutritious. Drink up! 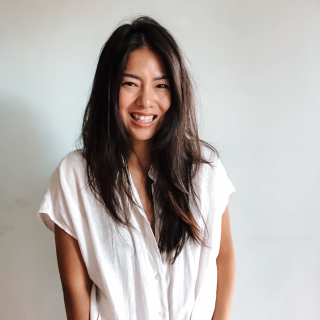 I love to take small breaks in between work and ac

This is actually true to everyone —“For what y

After watching a few Korean series (drakor 😂) I